What has changed in Ukrainian SEO in 3 months of war?

Three months have passed since the Russian military invasion of Ukraine. Tens of thousands of dead, destroyed cities, broken fates. The war has touched every Ukrainian regardless of his profession, age or location.

In this article we want to show the current state of Ukrainian SEO market and its possible perspectives. Before writing the material we conducted a survey among Ukrainian SEO-specialists to form a more objective picture.

Thesis one – a split

It is no secret that until February 24, the SEO-community as such was mixed: professionals went to each other at conferences, were there as speakers and moderators, even in spite of the restrictions on entry in Ukraine for Russians. Ukrainian specialists subscribed to Russian Telegram-channels and used some services, although since 2014 there has been a gradual tendency to "go west”. This was facilitated by the war in the LDNR (occupied territories on the East of Ukraine by Russia since 2014), as well as the chaos in the work of Yandex, which monopolized the output and became uninteresting as a search engine for promotion.

I have not been interested in conferences on russia for a long time now, do not work with this geo, thank the gods) Their specialists are more focused on promotion in Yandex. There were a lot of profitable niches in this search engine, such as gambling, but they are pressured by Roskomnadzor. 5 years ago it was interesting to work in such niches and find new cases, but now it is not work, but a routine waiting for the ban and re-posting the project. And experience from Yandex for European projects is not very interesting (spelling and punctuation of the author preserved).

The full-scale war hastened the split in the community: Ukrainian freelancers began to massively stop working with the Russians, accept payments in rubles, and promote Russian sites. Hosting companies stopped serving sites in the domain zone of ru. Services have blocked Russian accounts without refunds. Telegram chats of SEO divided by a clear geographical principle. 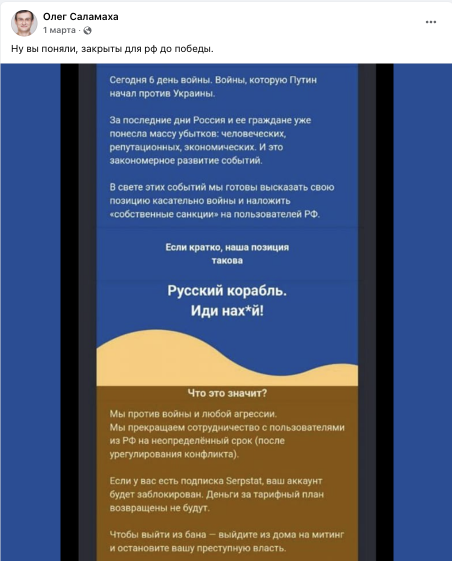 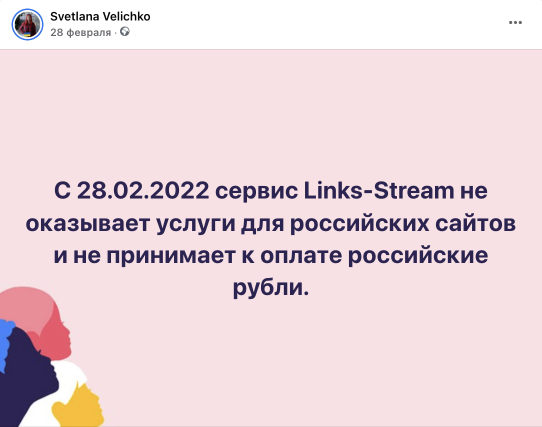 How much has Ukrainian SEO changed during the war? What trends in SEO, in your opinion, will remain? Maybe new niches?

SEO in general has not changed. But if we talk about the market of SEO in Ukraine:

From the very first days of the war, the position of one or another member of the community became an issue – Ukrainians wanted to continue to interact only with opponents of the war or active oppositionists.

One of the most striking facts that intensified the split was the so-called "lists in social networks": Russian webmasters compiled a list of Ukrainian services that no longer work with the Russian Federation. In turn, Ukrainians compiled their own "black list" of services with which it is no longer recommended to work, so as not to support the war. The lists are constantly replenished by those webmasters from Russia who actively support the war or do not believe that Russian soldiers are killing Ukrainian civilians.

Due to the refusal to work with Russian services, Ukrainian specialists began to search for Western or Ukrainian counterparts. In addition, many international SEO-services in solidarity provided Ukrainians with free or preferential period of use. 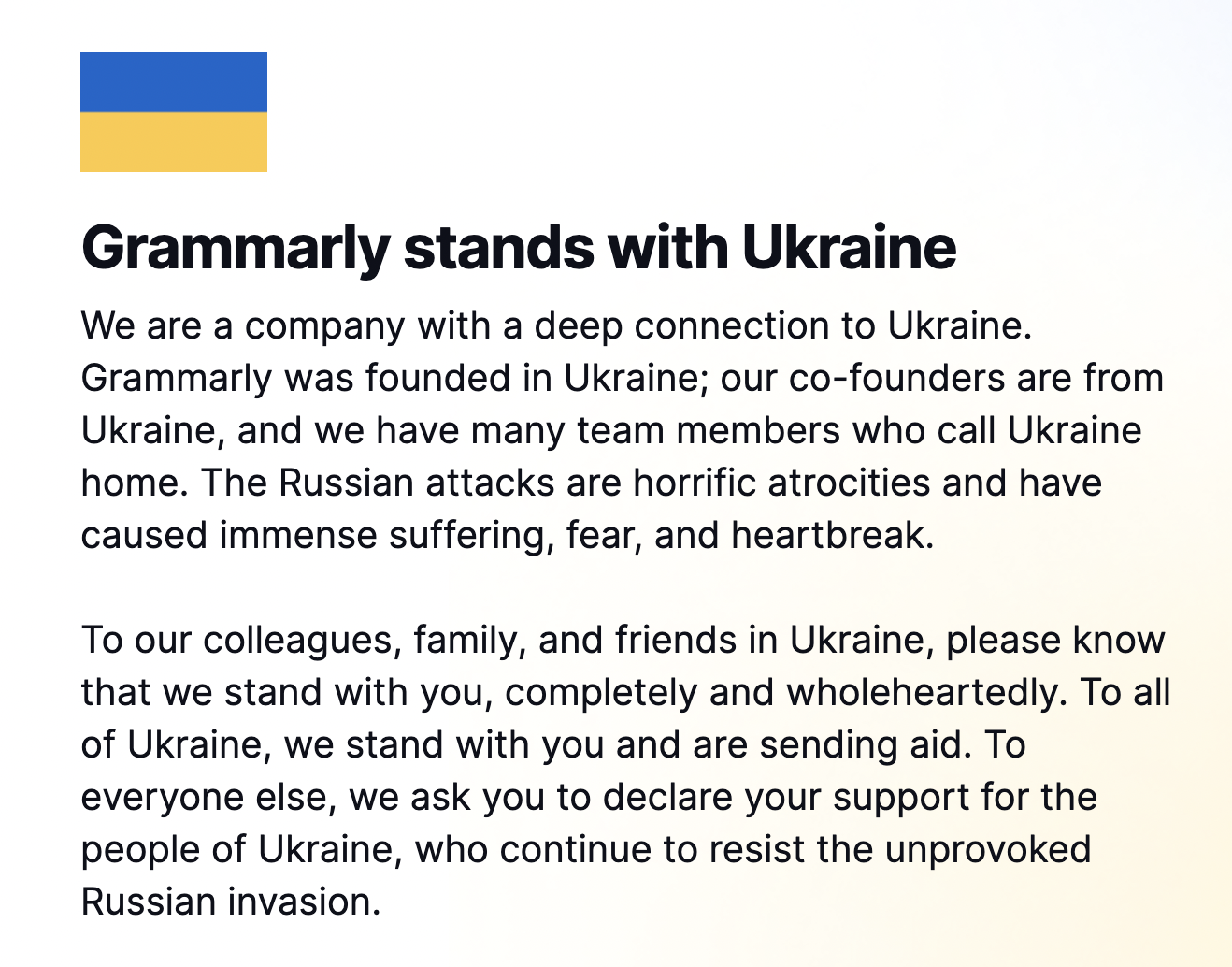 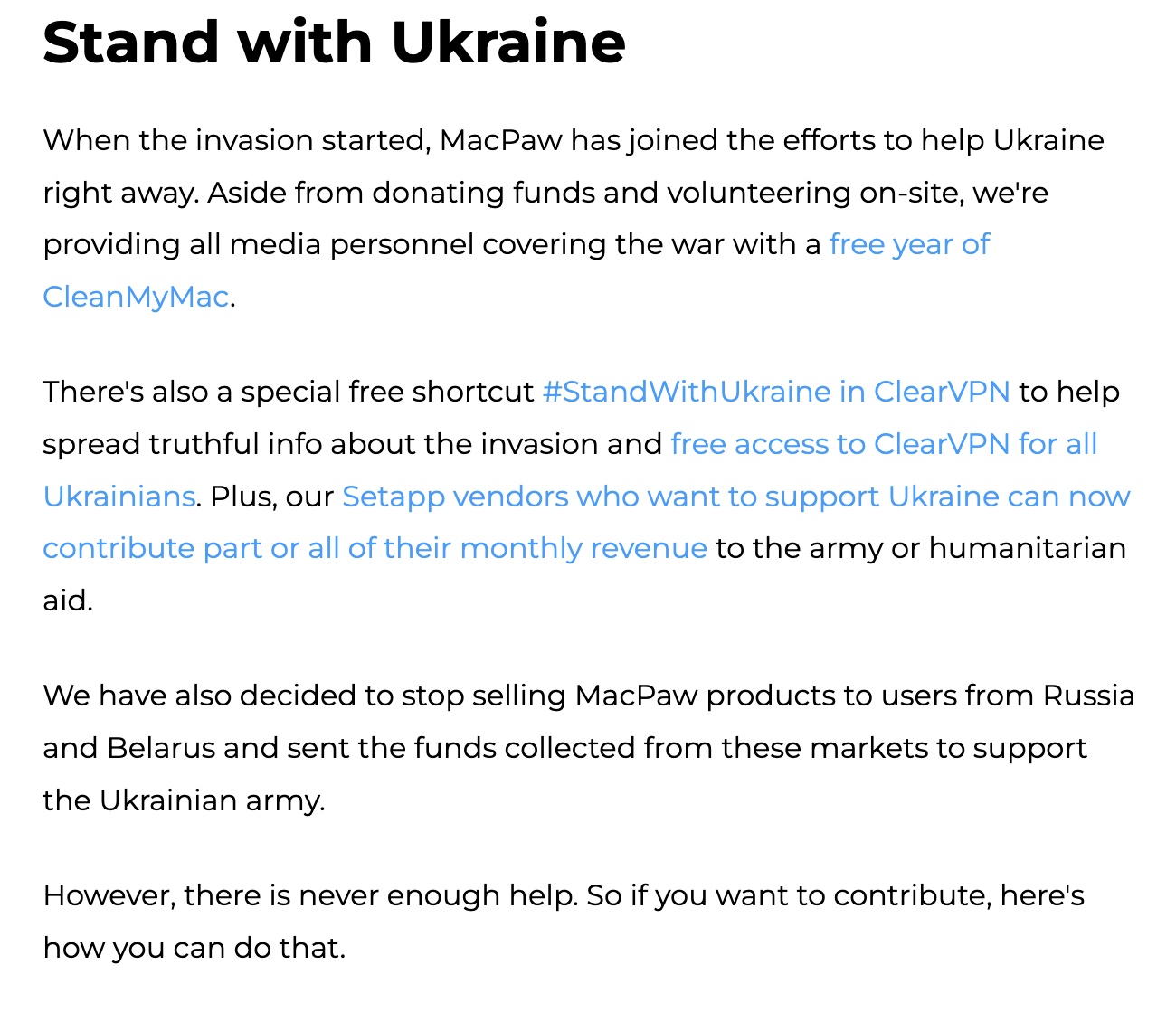 What are the Ukrainian SEO-community's thoughts on this issue?

How has the complete disconnection from the Russian community affected your activities? Do you see a niche that we should fill right now?

The disconnection from the Russian community has not affected my activities in any way. Since 2016 I believe that Ukraine has the strongest SEO community. Recent events have shown that it is not only the strongest, but also the most human, when you see how business owners donate a lot of money to support our victory, despite the fact that they themselves were in a very difficult situation, or just change their point of view to patriotism. Not all and not all at once, there are quarrels and misunderstandings, but this is part of this painful process. At least they're trying, and that's progress. There are many niches, but I think we have to wait until the hard times pass, about a year or so. But there will be something very good waiting for us there, I'm sure.

The first days of the war were spent expressing a position (equally – the Ukrainian or Russian flag on the Facebook avatar) and the rhetoric from the Ukrainians was quite mild: "Colleagues-Russians, we do not want to fight, stop this madness”. However, instead, a part of the community openly supported the war with Ukraine (these people gathered in a special Telegram channel IT-devils), while the bulk met at the end of February in mute silence. There were also those who opposed the war, left the Russian Federation and are building their lives anew – there are no official statistics, but according to the author's feeling it was 5-10%.

After a while, when it became clear that the "special operation" was aimed at destroying civilians, the rhetoric of SEO specialists, as people who know how to extract information from various sources, changed. The confusion gave way to aggression, and this was the last chance for Russian colleagues to show their participation in the grief of the Ukrainian people. By any means necessary, from psychological support to informing the population through their websites (or Telegram-channels) of what was really happening in the occupied cities of Ukraine.

This has not happened, and as of today it is hard to believe that the SEO community will ever return to pre-February 24, 2022, even after the war is over.

Since the war began, some influential Russian SEO experts have decided not to speak out on the subject at all and have banned any talk of war in their telegram chats. What do you think: can an SEO specialist stay out of the fighting or should he speak out FOR or AGAINST it?

I believe that war is a black and white issue, there can be no shades. Now every person who supports Russia in any way, even buying a token in the Russian subway, supports the war. And I think that every Russian who is against it has already left, so as not to be an accomplice, so that his children do not go to the parade in the kindergarten dressed as a tank, or two hundredths... All those who stayed and tried to sit on two chairs, said everything simply by their choice.

F*ck, this is not a poll about the green or blue dress in the picture. This is war, it is impossible to remain without a position. Lack of position is also a position. There aren't many decisions in life that define you as a person. And if instead of a normal position you choose to eat sh*t, your attitude becomes corresponding.

I believe that in any case, you can not keep silent. After all, thousands of ruined lives depend on it every day. Each of us is part of a large moving force. And all those who behave against Ukraine, I add to the group of IT-devils. The war will end, but the digital world is very tight. There will be time to remember. I don't understand the type of thinking where: "I'll keep quiet. Nothing depends on me." Perhaps this is our mental Ukrainian trait of character – not to keep silent.

Everyone should speak out. I consider silence worse than even an enemy position. Silence is incomprehensible. But in some cases, it is acceptable and I can understand a person. I am not very interested in the position of the citizens of the Russian Federation. I am more irritated by double standards. This is when the position is not supported by actions. I recently wrote a post with an example of how this works.

Thesis four – a sharp turn to the West

Refusal to work with the Russian market made many SEO-specialists face a new reality: either learn how to promote in Google, or change your profession. The war also affected those who tried to work for the Ukrainian market – many businesses were closed or refocused on military needs. As a result, some of the specialists lost at least part of their income, and at most all of it.

In turn, newcomers to SEO – even without having their own successful cases, many are unsuccessfully trying to find work. Below are a few recommendations from those who have been in SEO for a long time.

What advice can you give to your Ukrainian colleagues, who used to work in the CIS market and now want to move to work with Western sites? Where to start?

To begin with, read google assessor guide and documentation on Google Search (https://developers.google.com/search/docs).

Next, don't be afraid to experiment, because even a bad case is an unappreciated experience. Also, be sure to learn English, because you can't do without it. You will communicate with many clients in English.

I recommend creating an account at https://www.linkedin.com/. If you speak English properly, make sure you fill it out in English.

Get a good start with Ahrefs, there is an excellent version of tutorials from the service. Because it turns out that just a bunch of SEOs did not work with it, because they had no need. Check out all the issues of Na West over the last few years - there's just everything you need, all the information you need. Take your time and watch one webinar every day from there. Very few SEOs do this, and then do not understand why they do not have a "big picture" and a broad view of the situation.

From the fact that do not be afraid and challenge yourself, to try. To promote a website, it is great to know English, but it is enough to start with an average level. Also, I would recommend you to switch from free services in CIS countries to normal West services. Pay more attention to technical stuff and on-page, not just links. Less clutter with anchors and more analysis of competitors. Do not get into heavy niches, if you have absolutely zero in the West. It is better to start with something white, rather than get into gambling. The main thing is love to your profession and constant development. The world does not stand still, algorithms are constantly changing and improving.

You need to be realistic. There are already a lot of experienced professionals in the bourgeoisie. Budgets of a bourgeoisie are much bigger than local budgets. There is no way you can just change your shoes in two days. If you happen to have no financial cushion, employment could be a reasonable option. It's unbelievable, but there is a significant staffing shortage in the marketplace. There are a lot of job openings for seo professionals. Employment will give you access to resources, experience, and a field to practice on live projects. Take the opportunity to learn, take free courses and seminars at upwork, fiverr - there's a lot of content like that now. If you have some money - experiment, try to do what you did well on the local market, but on the site. Same niche, same business models. Get either profit or experience.

Author's note. All expert comments were given in Ukrainian and were translated into English and Russian with their permission.

How to find low-quality backlinks and get rid of them Link building case: computer games localization site (updated)